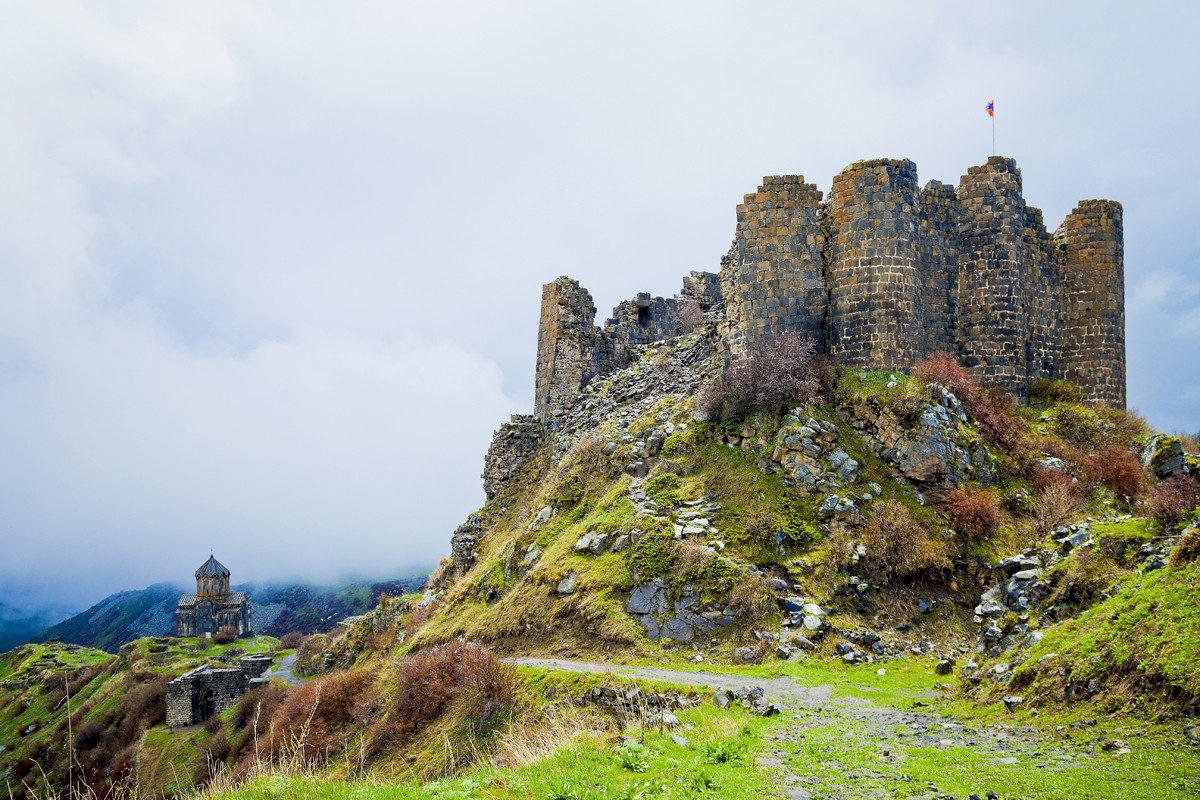 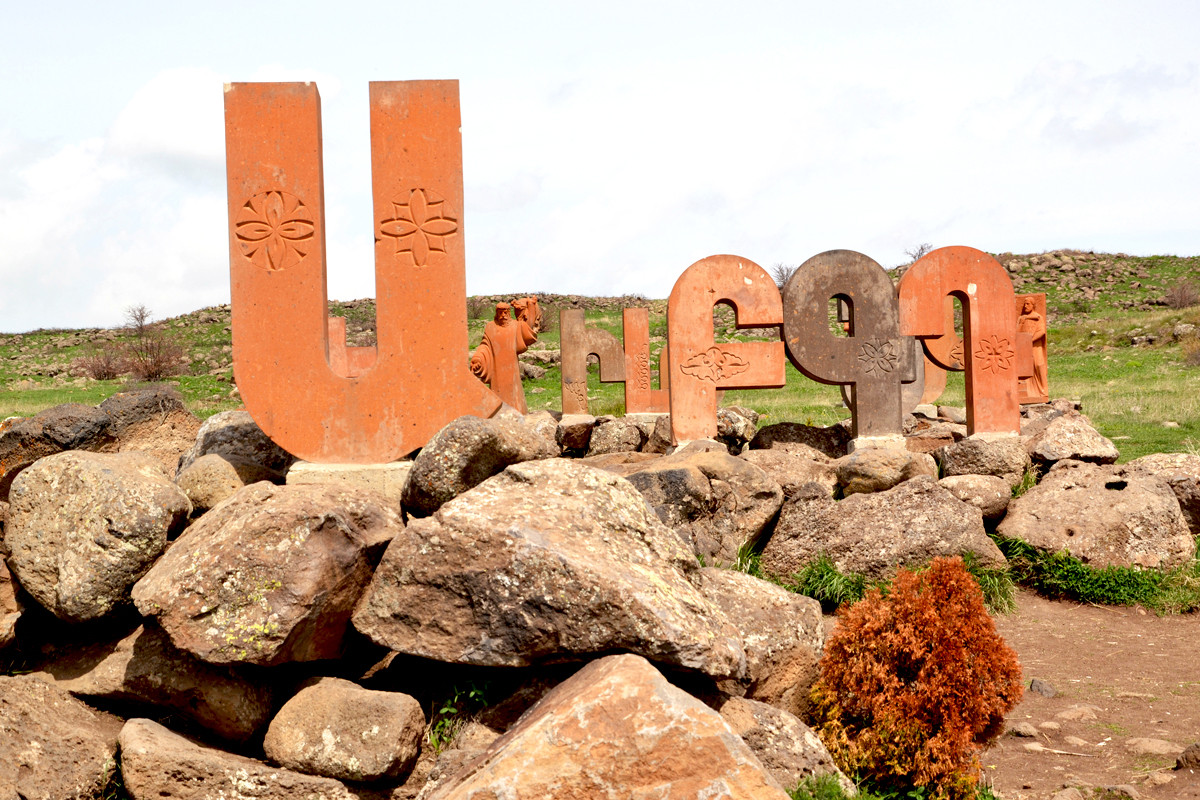 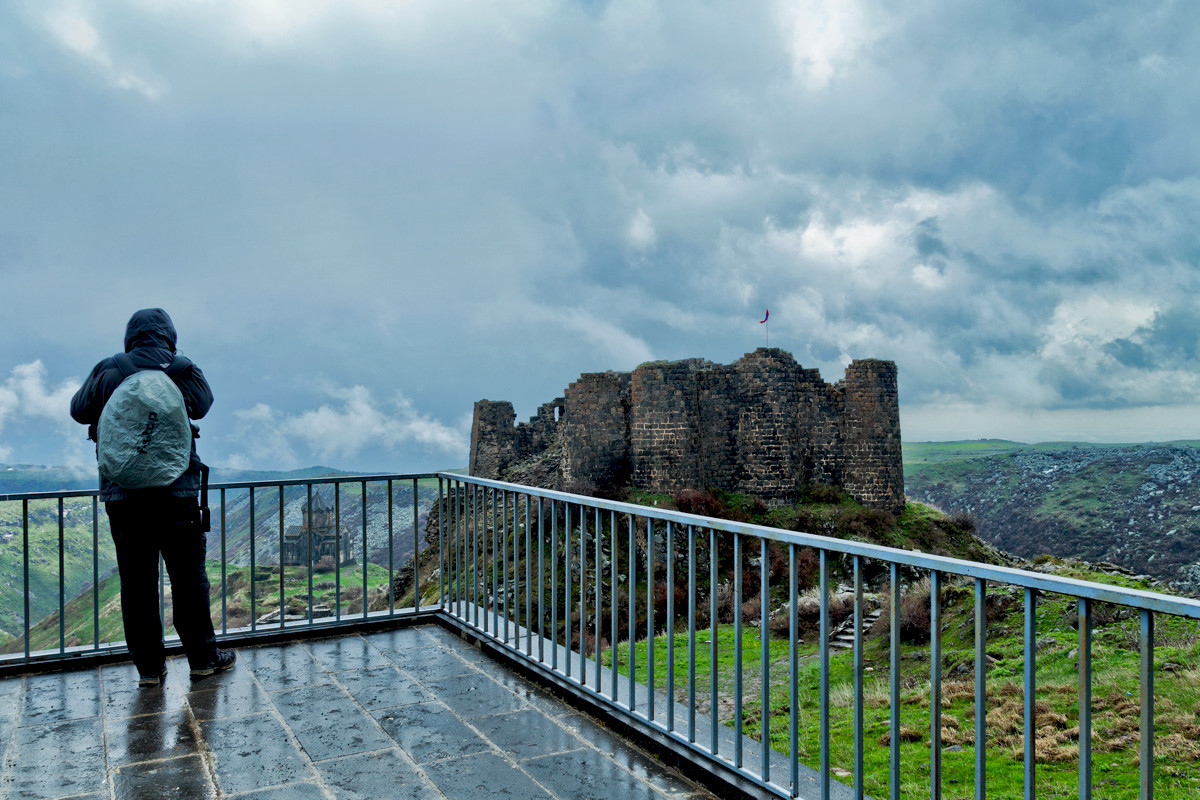 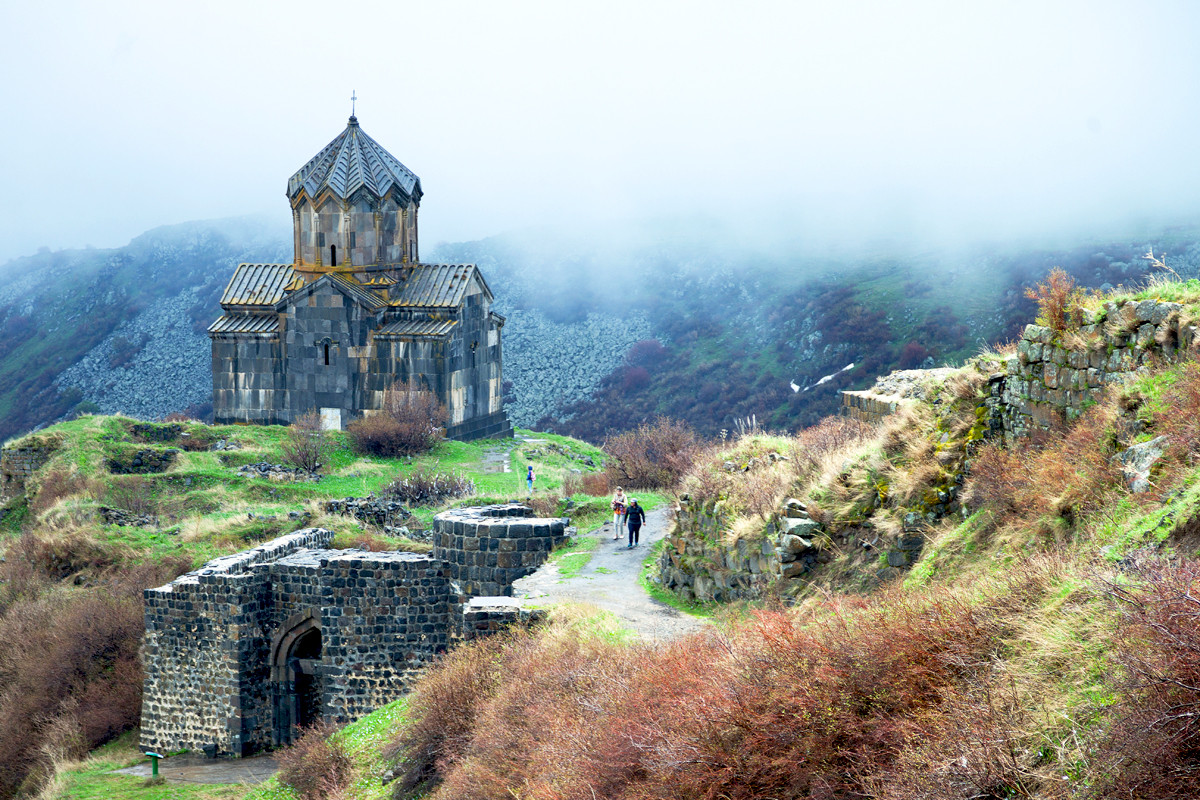 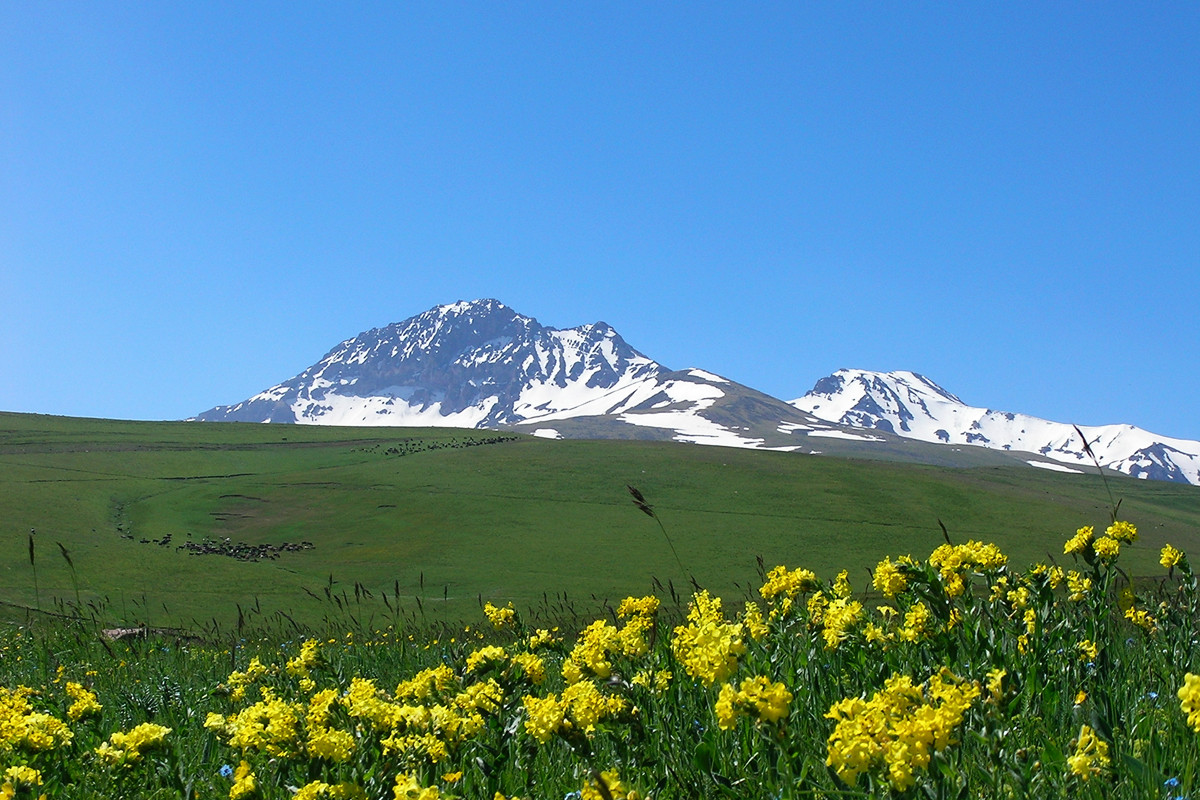 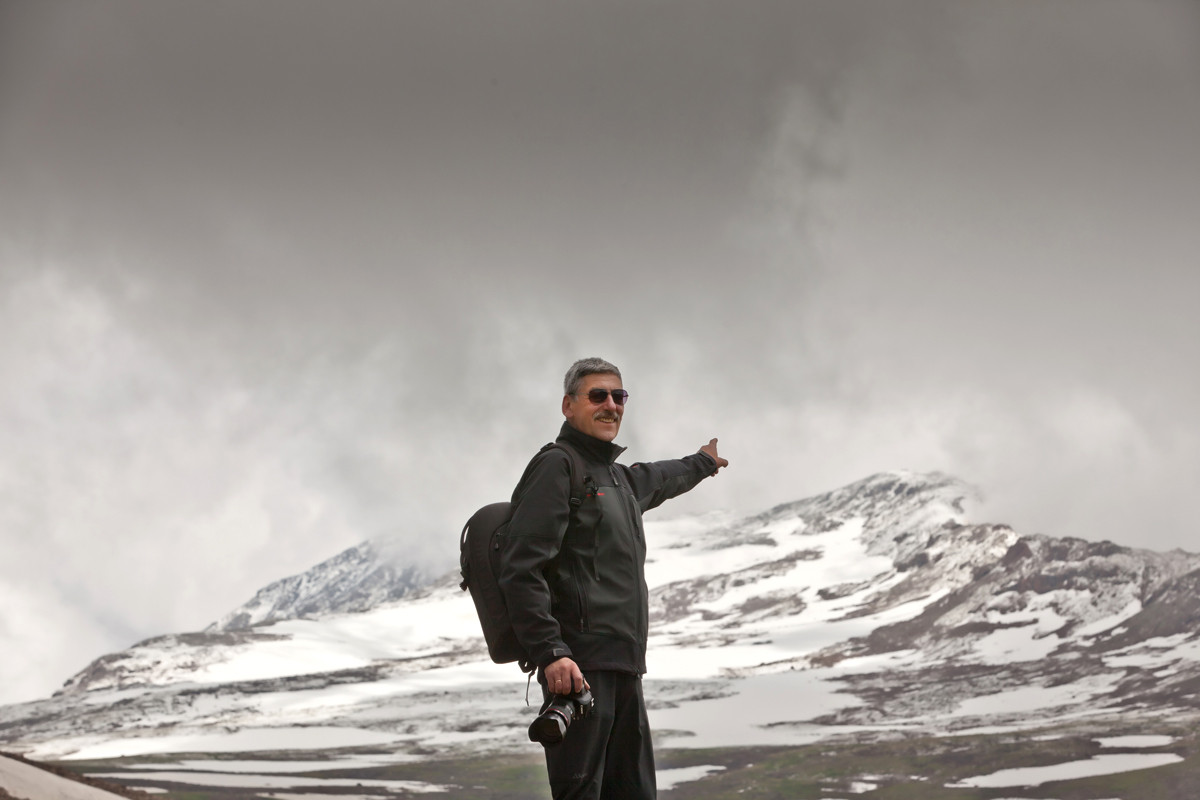 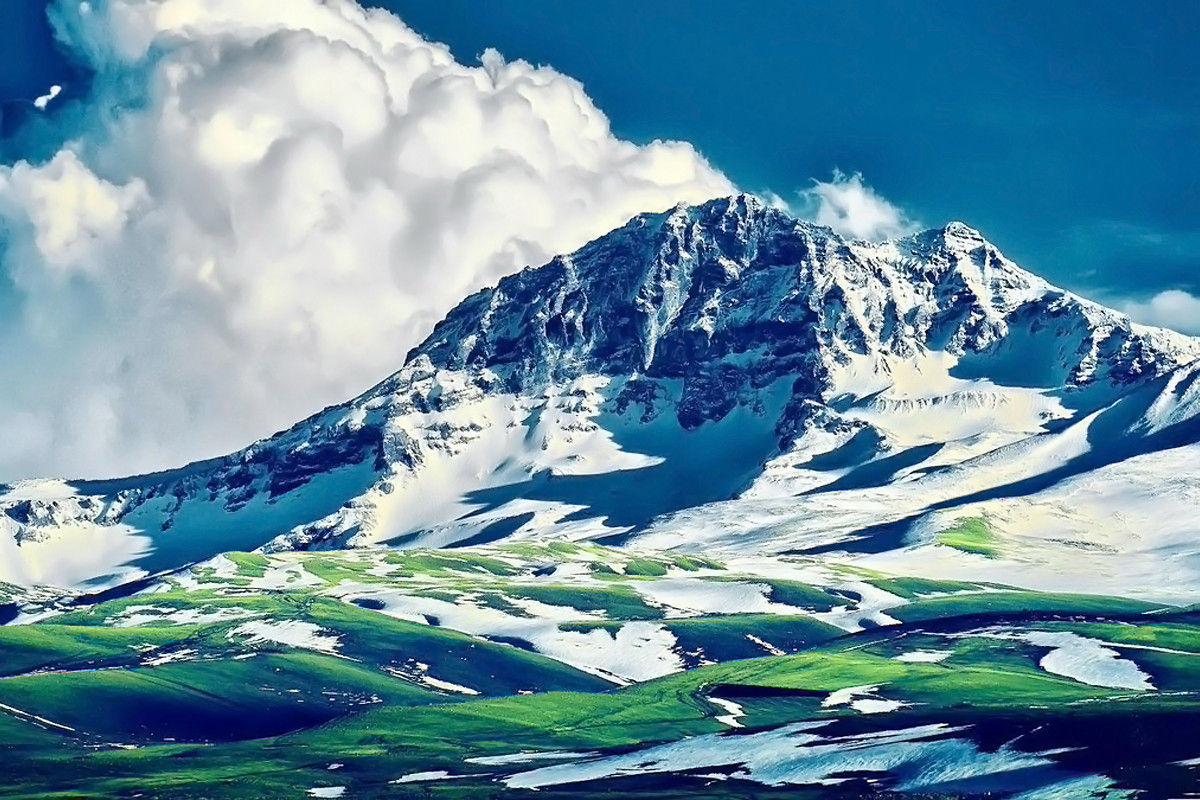 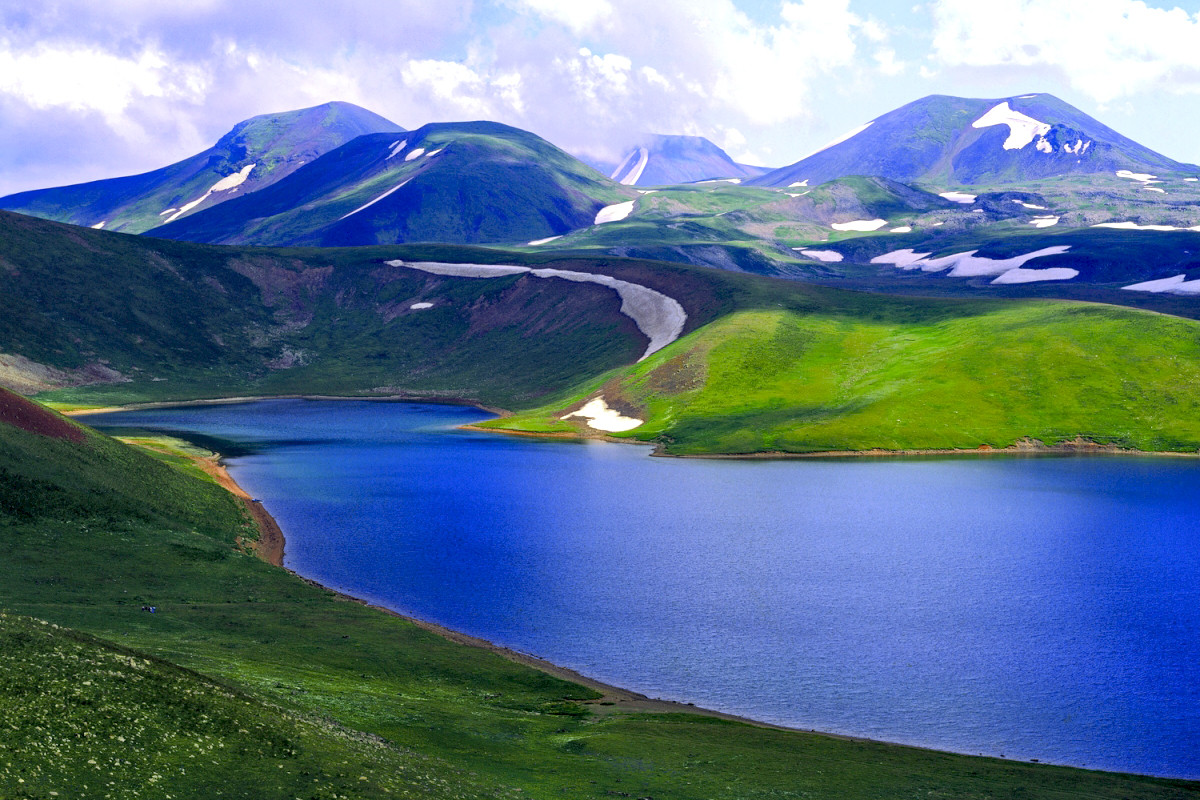 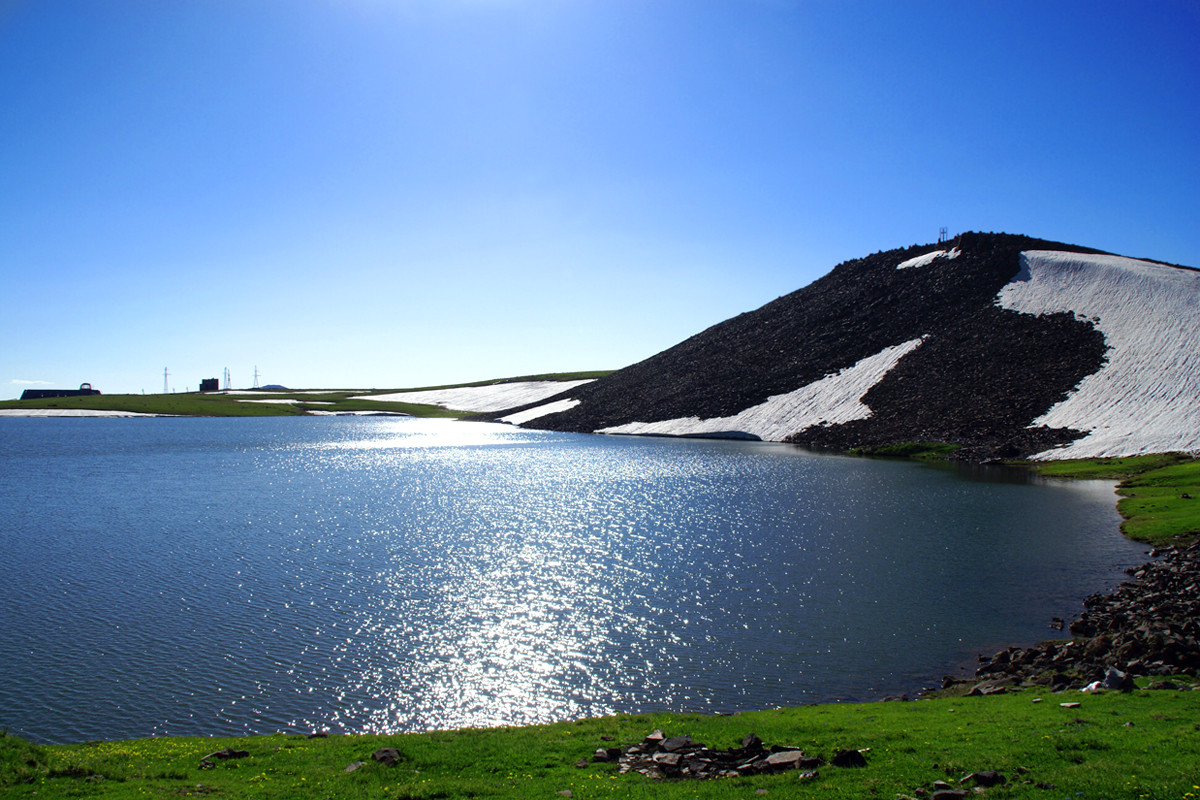 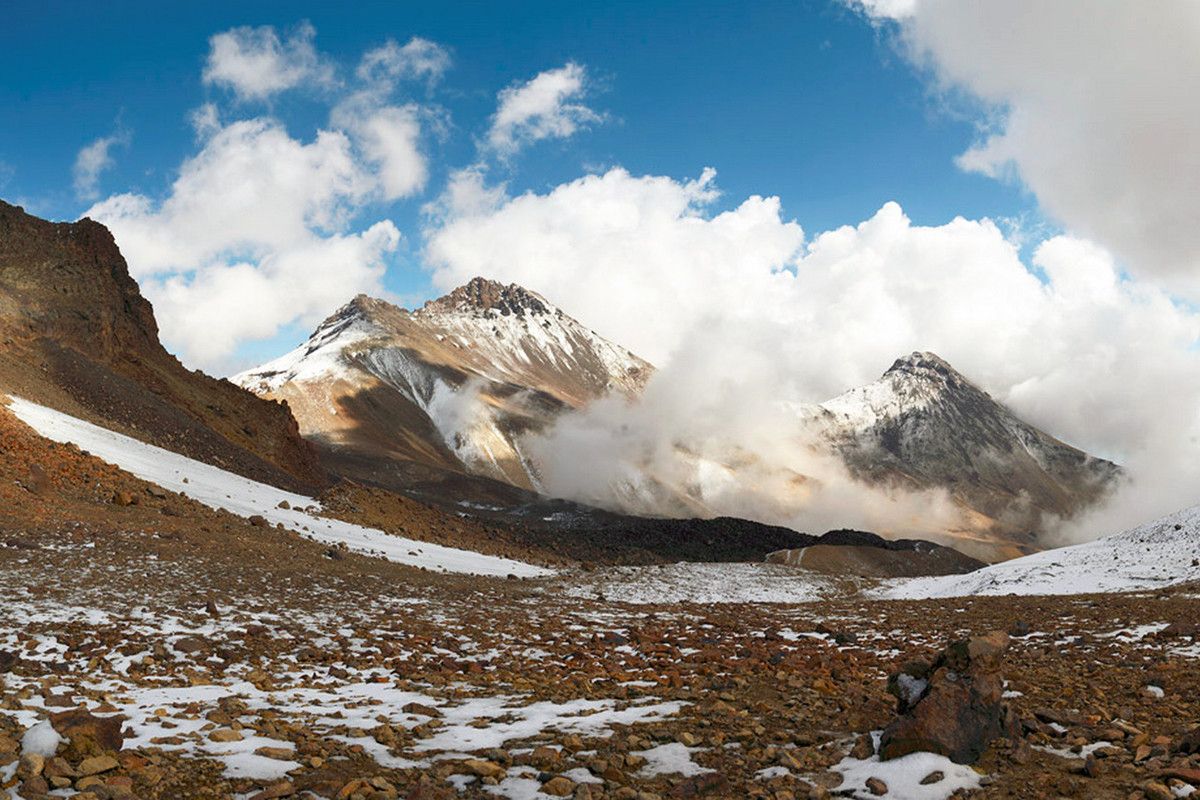 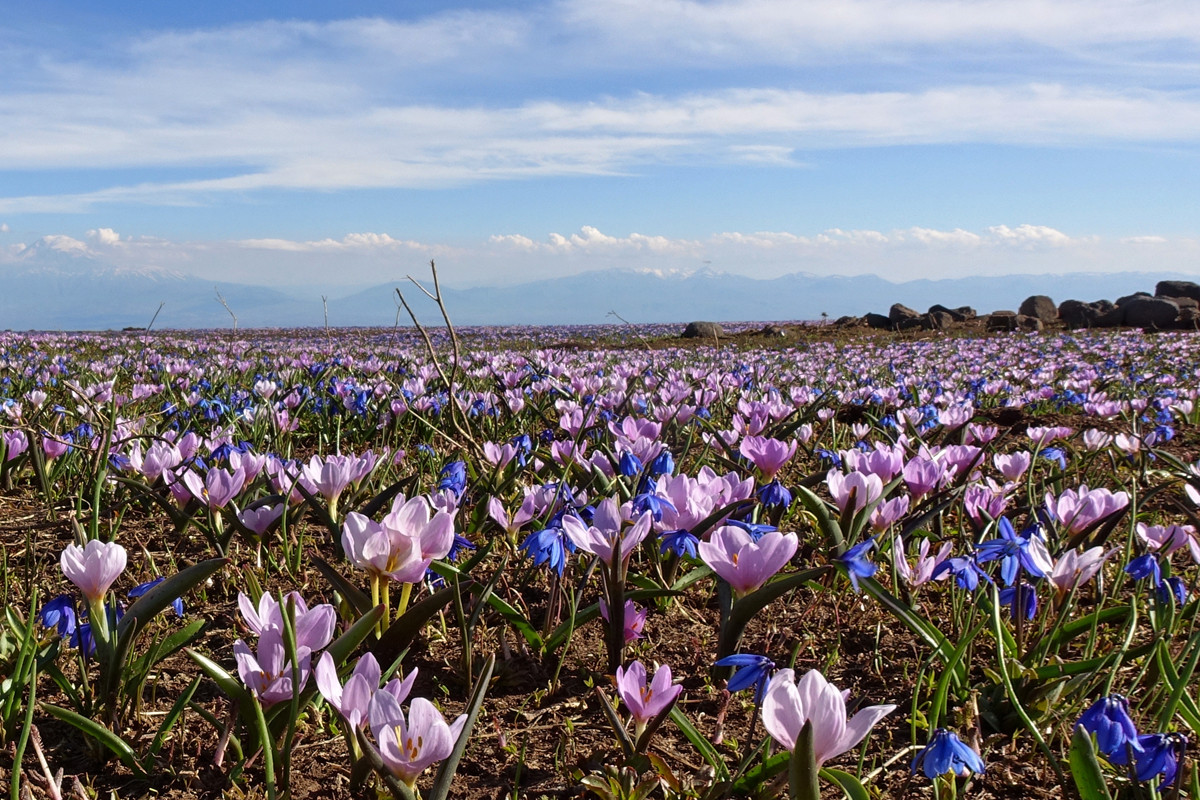 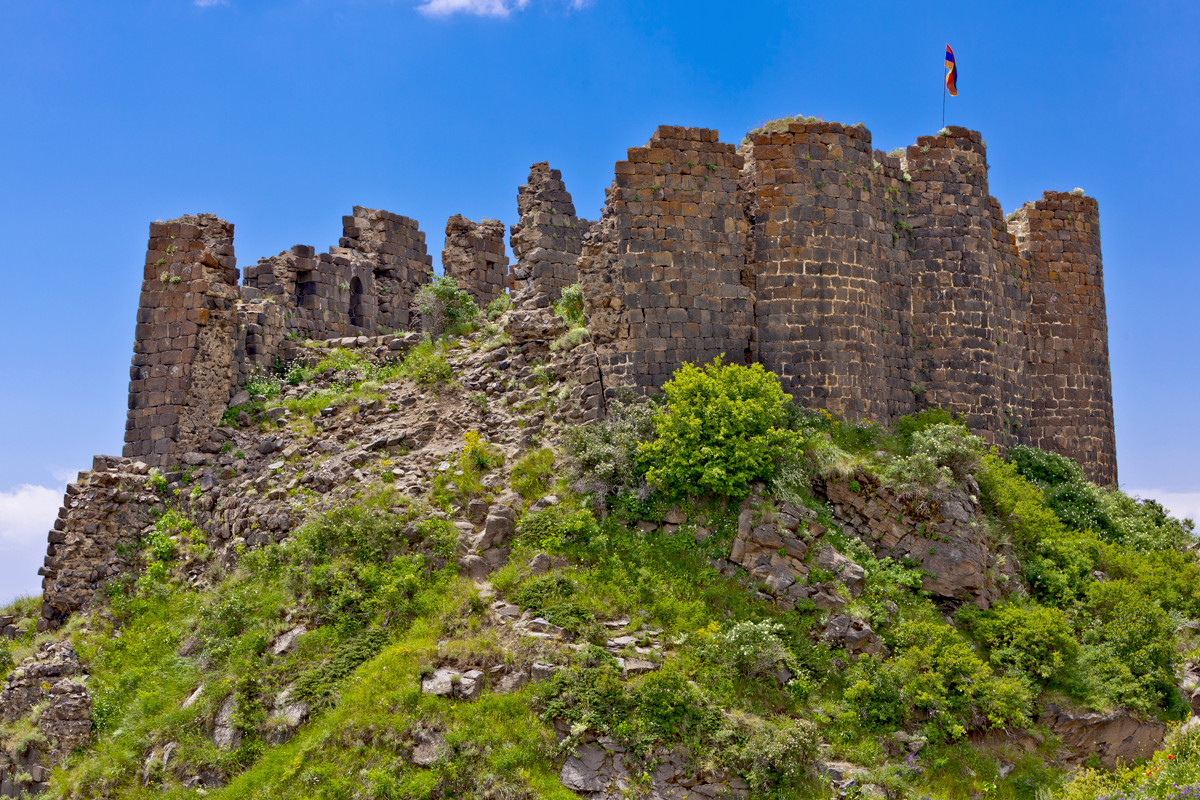 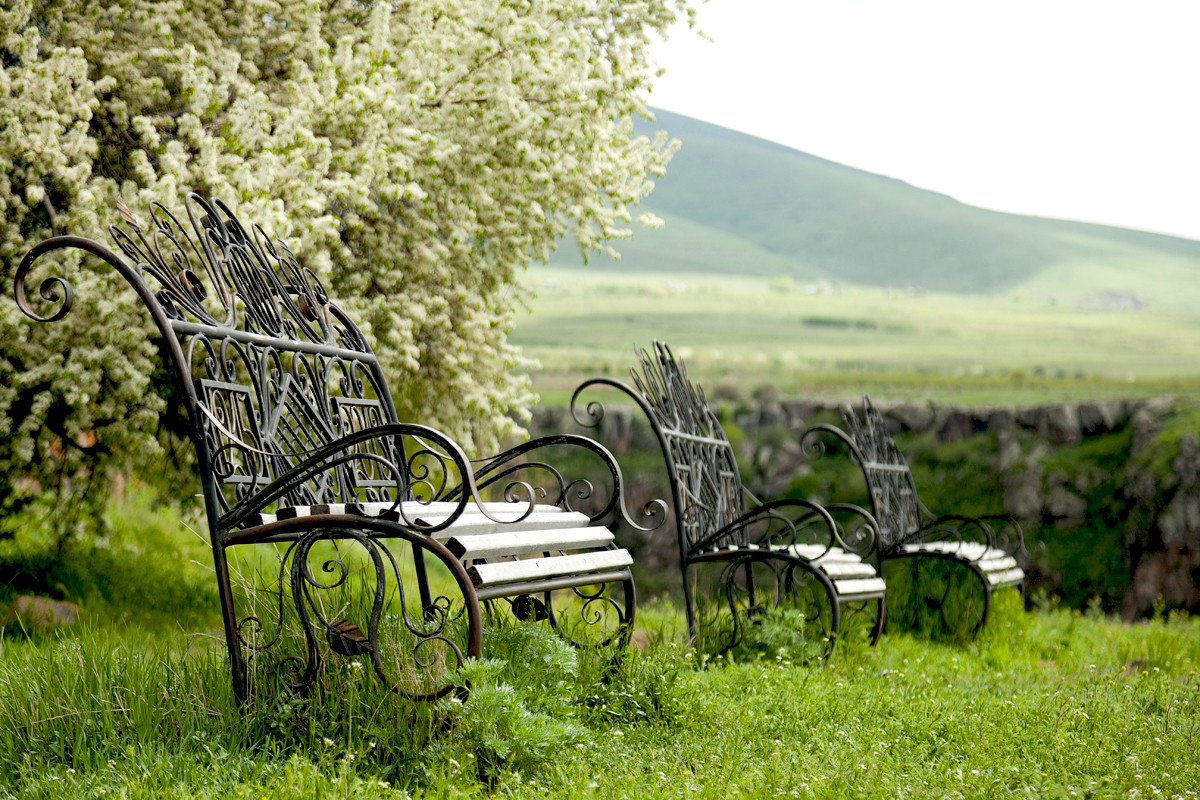 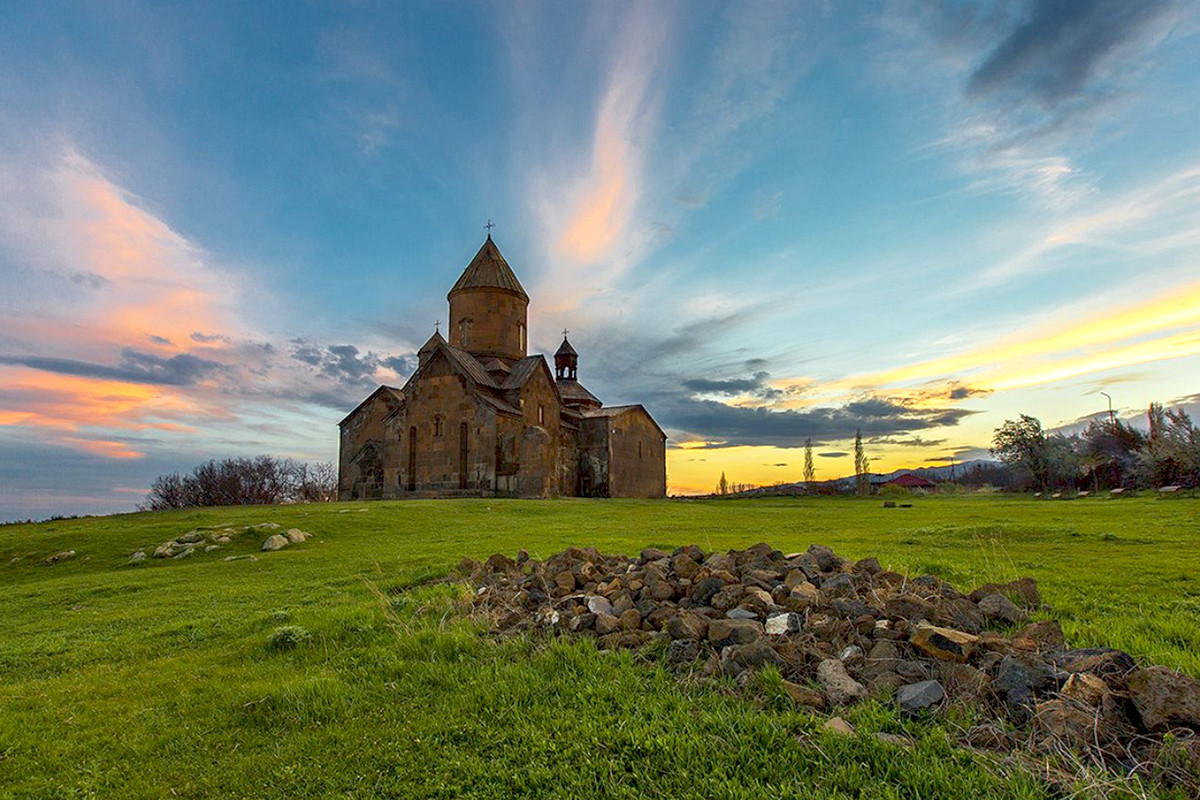 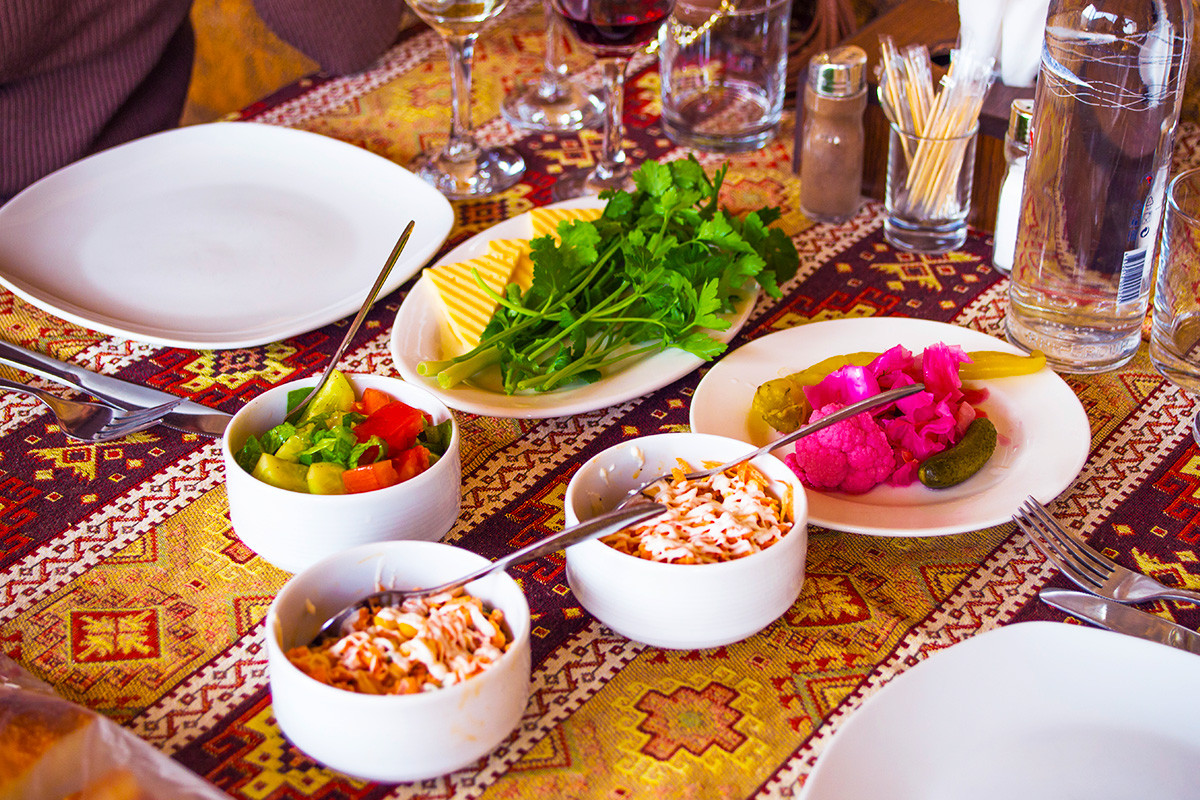 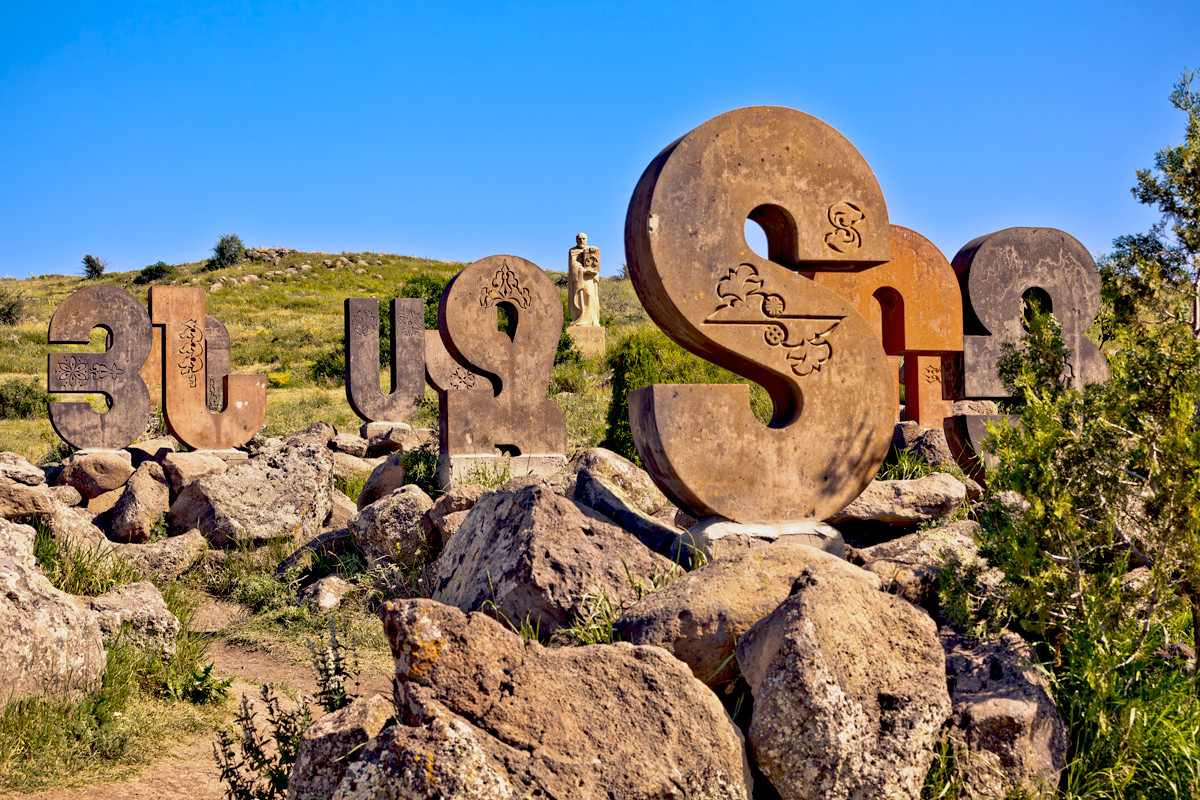 On this tour you will visit Amberd, a fortress on the southern slope of Mount Aragats, founded in the 7th century. Next up is Lake Kari at the height of 3250 m on the slopes of Mount Aragats, the highest point of Armenia (4090 m). There comes the Alley of Armenian Letters (Alphabet Alley), that was built on the slopes of Mount Aragats in honor to the 1600th anniversary of the creation of Armenian alphabet. This monument is unique not only in Armenia, but all around the World. Visit Saghmosavank, 13th century Armenian monastic complex, unique due to its frescoes with biblical themes and the perfect harmony with environment – vertical cliffs of Kasakh gorge. In the end of the tour discover the secrets of Armenian sweets during a master class in Armenian village garden.

Amberd Fortress: The principal architectural features of medieval fortress-building have found their reflection in this fortress. Having been built on a naturally well-defended cape, Amberd has for long time served as an important military fort. Next to this secular edifice there is a church, built in 1026 by the duke Vahram Pahlavuni.

Mount Aragats: The highest peak of the Republic of Armenia is Mount Aragats (4090 m). This four-peaked giant is the most favourite mountain of climbers. On the way to the southern peak the best stop is at Lake Kari (translated as stone lake), which is at the height of 3250 m. On the top one opens the most attractive scene: the silhouette of green valleys from one side, the eternal snow and silver lakes from other sides and the Biblical Mount Ararat far in the fog of Ararat Valley.

Lake Kari: Lake Kari (translated as stone lake) is situated on Mount Aragats at the height of 3250 m. The lake is usually surrounded with snow, due to which the water is always cold.

Armenian Alphabet Alley: Armenian Alphabet Monument is located in the village of Artashavan, at the east side bottom of Mount Aragats. It was erected in 2005 to the 1600th anniversary of creation of the Armenian alphabet by the design of the famous Armenian architect Jim Torosyan. The monument is an interesting demonstration of the stone carvings of 39 Armenian letters. The Armenian alphabet has been used to write the Armenian language since the year 405 or 406 and is still used to present Armenian language in written form. It was devised by Saint Mesrop Mashtots, an Armenian linguist and ecclesiastical leader, in order to make the Bible accessible to Armenians and spread Christianity. Originally it contained 36 letters and had been completed in the Middle Ages.

Saghmosavank Monastery: 5 km far from Hovhanavank monastery, on the edge of Kasakh river canyon, in the 13th century Vachutian dukes built Saghmosavank monastery. The main church is adjacent to the scriptorium, where many manuscripts have been produced during centuries. Saghmosavank underwent the devastating influence of the earthquake in 1988. The reconstruction, completed in 2000, returned the church its beauty and glory. 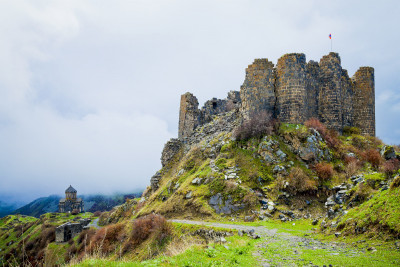 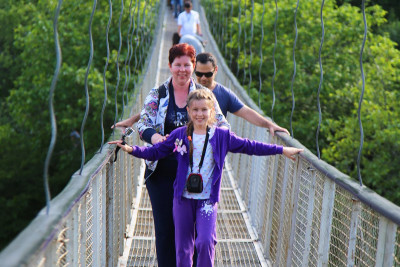 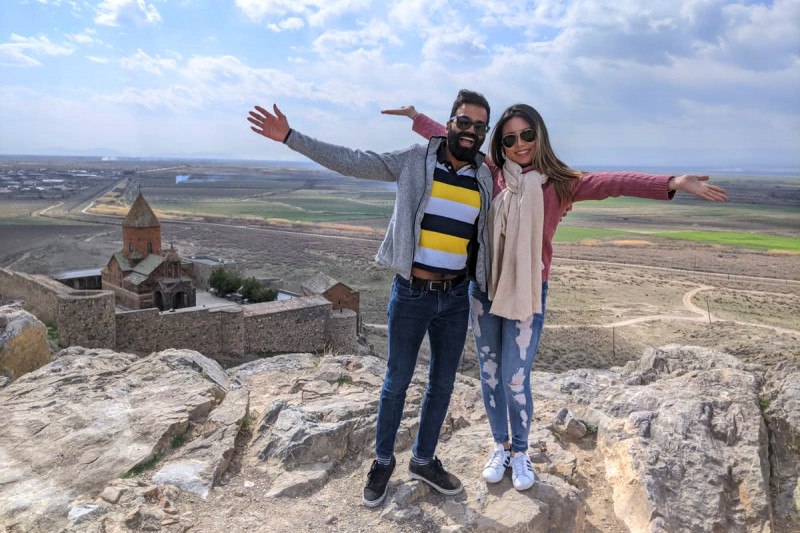 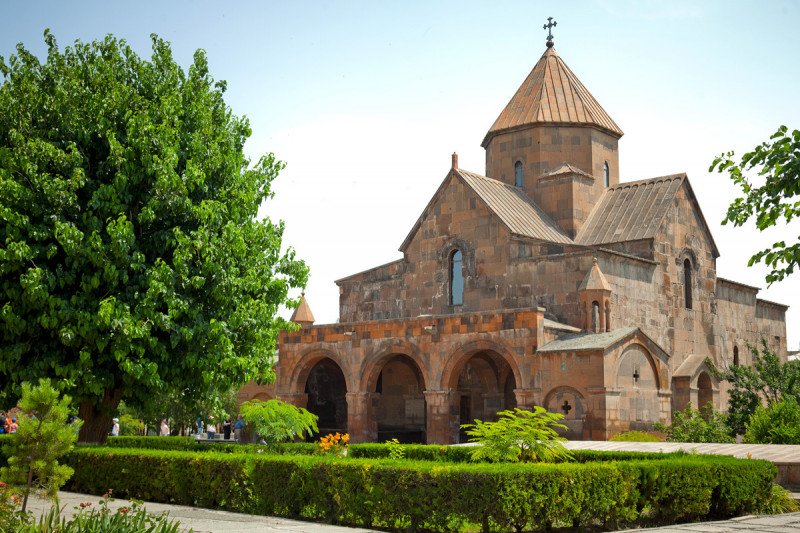 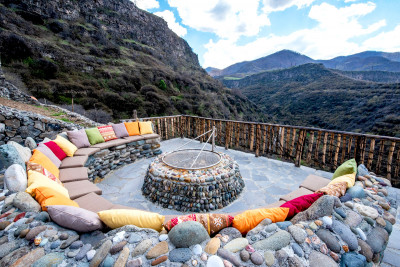 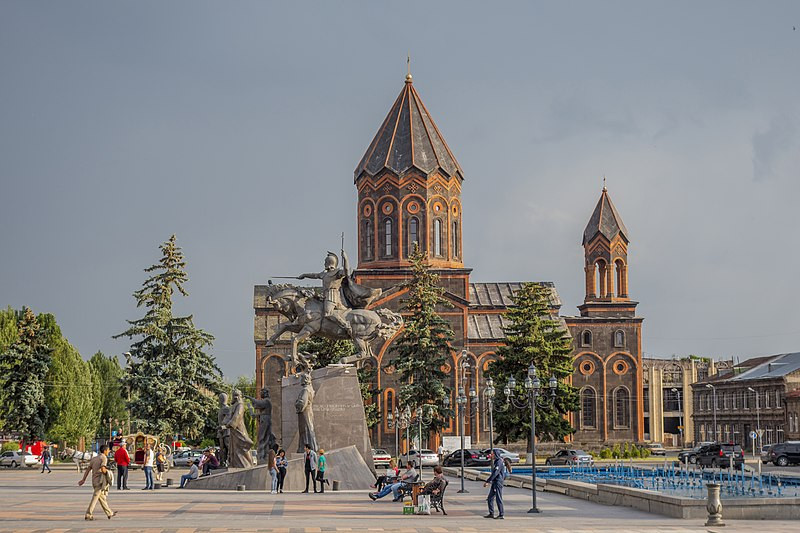